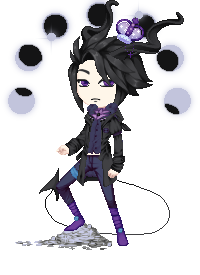 Friend PM Trade
Voltie — They/Them Posted 2 weeks ago ( 2020/10/17 05:06:43 )
I got fed up with my life being mediocre and working as a cashier or in general minimum wage jobs.
I'm almost 30 as well, and it's just like "this isn't what I wanted to do with my life". But I'm also living with my mom for a variety of reasons. I'm mostly independent tho, I buy my own groceries, pay my own bills (or send my money to my mom if it's a shared bill like phone or car insurance). I also pretty much have half of the house to myself (she calls it my wing lol). I have two rooms and my own bathroom. So like...it's like my own place but mom still is A Thing.

Anyway, I have been going back to school to get my degree. I finally decided on a goal and that is a Master's in Museum Studies because I always wanted to work in a museum and found out there's an actual career for it lol. I'm going to be graduating to start my master's program around next January if I stay on track. But my first choice of a school which was local, dropped the degree over the summer. Now there's only one school remaining in the state that offers this but it's not local, so I have to move.

I am 100% okay with moving. I've wanted my own place for so long. I've already started saving for moving fees and such, putting about $100 away a paycheck if I can and if not, at least $100 a month. I've paid off a LOT of my debt considerably and I'm SO PROUD OF MYSELF for that. Debt sucks. Overall, I've fully committed to moving and got a lot of things rolling to keep me in my budget.

However, my mom is against this. She doesn't want me to pursue this degree because I have to relocate. She has always been a party pooper and is part of the reason why I kinda let my life to rot for so long. She's glad I'm in school and doing well, but when I told her I was going to a town about 2 hours away, she just...shot me down. But I'm still going, my minds made up.

Well, she's also a cancer patient and a high risk individual for covid so I worry about leaving her alone. I do some housework she cant do, but my biggest thing is tho, is that the house is way too big for her. As I said, I have a wing because she doesn't use that side of the house. She just sticks to her bedroom and living room. That's it. I've mentioned the idea of her selling the house and getting something smaller but she dismisses it because I'm not leaving in her brain.

What do I do? I mean, I'm leaving regardless but I know she cant take care of the dogs by herself (I'm already taking 2 with me), she cant take the trash out, she cant lift most groceries, has me drive her to the dr's sometimes.....There's no one else to step in but I don't want to feel guilty by leaving. :( Have you guys had any similar situations? How did you handle it?

tl;dr mom's in denial about me moving out and it's giving me anxiety.
Report 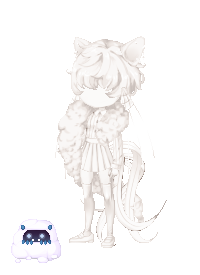 Friend PM Trade
Donator — Whatever Posted 2 weeks ago ( 2020/10/17 05:30:01 )
Are ya ready, guyz?!
Chances are she won't accept it happening until it happens. Is good and all that you're worried about her, but sometimes, ya gotta do what ya gotta do
Put ya guns awn!
Report 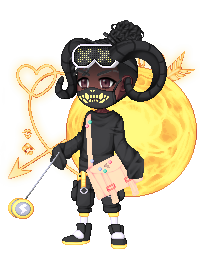 Friend PM Trade
Donator Posted 2 weeks ago ( 2020/10/17 05:37:12 )
Man. That's rough. There's absolutely no one that can help pick up some of that? Idk the financial situation of both of you, but with the debt is sounds like you might not be able to afford to hire help. How about her? Does she have any form of income she gets? Gotta be something, unless the house is paid off.
Report

Friend PM Trade
Voltie — They/Them Posted 2 weeks ago ( 2020/10/17 06:34:54 )
@Xaphiel: Our house is actually paid off, there's no mortgage, hasn't been in years and it's been really nice. And no, there isn't anyone. My brother is absolutely useless (cant even take care of himself). We didn't even trust him to watch the house if both of us were away. And he's older than me too lol. My aunt has ongoing medical battles due to her fibro and she sometimes needs more help than my mom but my cousins help her (tbh I don't think the family really likes my mom cuz they ignored us for years).
Financially we're not bad, but mom has a fixed income from social security so there's not much left after bills to really afford to hire any help. She doesn't need help cleaning or anything, but just like grocery lifting, giving the dogs baths (groomers are so expensive), taking trash up to the street every week, some heavy lifting stuff...that's about it. So a caretaker wouldn't have much use here or even a house cleaner. I suggested she come with me but she doesn't want to leave her doctors (which is understandable, she has really good doctors).


@Kitalpha Hart: My therapist said the same thing, tbh. She just confirmed that my mom's being stubborn and wont acknowledge it until I sign those leasing papers.
Report
Comic | Toyhouse