I've been thinking about this subject a lot recently. I don't know the right words for it, but you know how it can/is deemed offensive to, say, have a persona that is POC while you yourself, are white. I don't want to begin a debate on "is THIS right or wrong" because I do feel that it is reasonably uncomfortable for a lot of people, so it is something that I choose to respect.

and maybe this is just my brain struggling to comprehend social concepts, cause I mean, I normally struggle with things that seem obvious to others

But I sometimes run into spots where I don't quite know where the line is drawn, ESPECIALLY where fantasy races are involved. I obviously really like creating and drawing characters of all types, races, fantasy or not, ect. I love the diversity and I love how much others enjoy my character designs too.

I DO NOT have a persona that is dark skinned, as I am a white fool and that just doesn't sit well.
But unintentionally I DO have a dark skinned character that I have been using as a mascot of sorts when I rebranded my twitter account. She is a dark elf, so being a non-realistic race, I didn't really think much of it. My reason for using her (and I did this like a year ago) was she originated in WoW when my husband and I used to play. We grew attached to our characters and have been slowly crafting a story about them. They are not us, they are their own beings with their own personalities, as OCs would be. But I like her so much and her name felt like such a nice one to go by, I was like hey why not use her as my brand mascot?

I'm not trying to treat her as a persona, but recently I understand that using her as my account's "face" kind of makes it look like that in action, despite intentions. No one has ever said anything or sounded uncomfortable with me for it, but also, I never asked anyone before. So I keep flip flopping on the matter of "hang on, am I being a problem or is this bothering no one and I'm just being over cautious??????"

Does this become uncomfortable or jarring when it is a race and color that is not realistic, and has no implication of realistic culture? This is what it looks like in practice 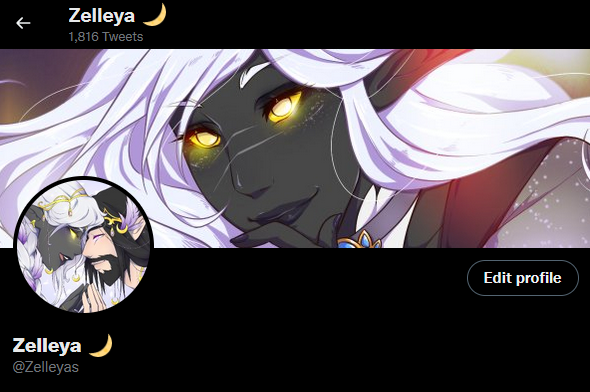 I do think that in some cases, intentions should matter more than anything, cause not everyone has a thorough understanding of the modern PC culture. And opinions will always vary on what we like and dont like. But like, is this something you've heard any debates on to think "maybe this is JUST controversial enough to maybe rebrand again?"

I very very much love thoughts and opinions on this,
but please refrain from complaining about the concept of respecting others' discomforts. I know some people hate PC-ness. Sometimes it can go too far, sure, but this is an area that I feel is appropriate for me to respect?

If I do rebrand I thought about creating a persona based on my avi on here, but then again idk if that's allowed cause of copyright on the item designs

I guess that is a secondary question on this thread?

What brought this up was a lot of debates around Vtubers, where some will use models of different races from themselves and say "this isn't supposed to be me/a persona, this is a character I'm RPing as" but people still find it to be incredibly offensive. But some of the context is that they're trying to imitate a realistic POC culture entirely, and in Vtuber context it can be very misleading.

(I've had interest in learning to rig, but I would never use my dark elf OC for that. Not in any context where I'm speaking through her) 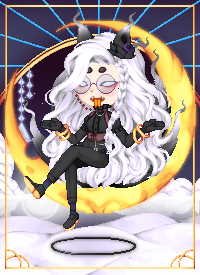 Well i feel like your compleatly safe. Your character is a fantasy race, theres no real history behinde them (well ofc since ots from WOW it has that but even then you can edit it to fot your own view).
My "persona" is a lil goblin that i changed to fit what i like. So i made them fluffy and not evil.
I feel like the most importand thing is if you feel comfortable with it.

Ofc if you make your persona poc i feel like thats indeed not correct, but a fantasy race that happens to have a darker unatural skin tone should be alright.

@GoblinsAndTea:
In terms of WoW lore -- I have actually separated the OC from the game entirely over the years. Not a fan of the companies anymore so that was for various reasons, for my comfort. Since doing that I've grown attached to this OC quite a bit <3

I think I may eventually rebrand to something else, as much as I love using Zelleya's name. Just cause she still doesn't feel like a persona (she's too far removed from me in terms of personality) Its just tricky cause rebranding gets confusing for people who follow me :') I seem to change my usernames every couple years..

@Jolly: I absolutly understand! It took me many years before setteling with what i have now, it might sleightly change but i do like the goblin part. Ppl have called me that for awhile now and the lil persona guy rly speaks to me lol.
But i do get it can seem hard for the ppl that follow you 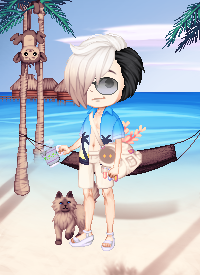 Your character is of an unnatural skintone, and the facial structure does not reflect one of a POC, so you should be safe. If someone were to get angry at you for it, they're likely a young teen trying to be a SJW. Using her as a brand on social media does make it seem like a persona, as you are technically speaking through the character, but it should still not be an issue race-wise.

@GoblinsAndTea:
Gosh its so hard to just stick with something! At this point I have gone by so many names online

I was consistent only in childhood, then as I became an adult my personality feels like it became super inconsistent. It reflects in my constant username changes haha

@MaxIsConfused:
Yep, that is exactly where it dawned on me that she became unintentionally a persona.
So yeah, for the sake of shes-not-me, I might rebrand sometime. But that it isn't bordering on being rude, gives me more time to think through my next change <3 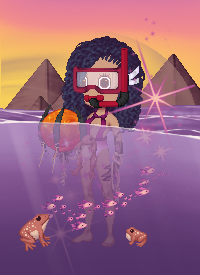 , if you're going to have 0C's/Cosplay as a POC only use the positive "stereotypes" of that culture. Ask, lots of questions and research like f**king crazy! Just know by default you will offend a certain culture and race, be ready for that potential problem. Also, be mindful within the same Race, no culture in a monolith.

For example, in America I am considered "Black" as Race. However, I am also half Caribbean due to my father. In his country and culture "Race" doesn't exist, unlike in America. My father is still consider "Black" even though most people in the Caribbean do not consider theirselves "Black" until they come the 1st World. Even though my mom's side of the family is American Black the culture is extremely different compare to my dad's side of the family who are Caribbean "Black".

Just remember that Culture is stronger than Race, even though America puts way too much emphasis on race.
Report

@Qiqi Agatha:
This is an extremely good point! And well worth keeping in mind

likes having OC/Cosplays. We just have to be respectful of the culture of our OCs.

@Qiqi Agatha:
Yes absolutely!!
that said, I would neeeeeever try to cosplay a character that is POC! I think that would be too rude of me XD
I only draw them cause its healthy to appreciate our differences! But when it comes to culture, I'll let the right people tell that story, so I can support them instead 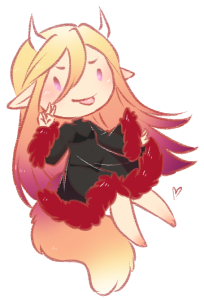 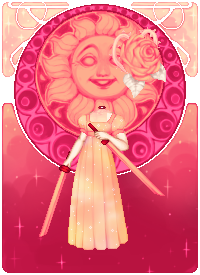 Friend PM Trade
Voltie — they/he Posted 2 weeks ago ( 2022/09/19 21:44:00 )
im white so my two cents arent worth much on the topic of racefaking/racebaiting stuff but i feel like ur character is probably fine since she has more of a fantasy skintone/is clearly not some kind of minstrel character. if youre worried about people being unclear you could just note that youre white in your bio. i dont think its necessary to have race in bio (especially if it puts pressure on poc to do so), so its up to you.

not a bad idea to ask n be cautious when ur not sure though!
Report