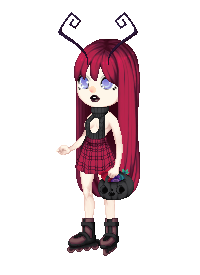 Friend PM Trade
Donator — She Posted 2 weeks ago ( 2020/03/25 21:37:41 )
This is going to be a bit of a long rant, but honestly I'm past frustrated to a point where I'm just resigned to take lessons from these experiences and decided to share in my little moment of serendipity.

So, this past year I've struggled with a lot from health, to work, and personal life. So I'll be starting from a health standpoint. (some things my be a bit triggering as I go through this. It's kinda like a public diary entry, but voltra-friendly.)


The year before last year I started having weird health issues where I was randomly passing out, and getting a bit light headed. Especially when doing physically demanding tasks. During this time I was also having a bit of an issue at work which contributed but, that's for another spoiler.

Through this time I saw a series of specialists, had to be on med leave at work, and had issues coming back to work and getting my doctors to listen and understand what I needed for my health, mental health, and for going back to work. (starbucks has very specific forms. Though annoying for my doctors, I pay 40$ per form, so it'd important they understand my pickiness to get it right.)

It took a year and a half to figure it out, do physio therapy and end up mostly normal again. During this time I learned that doctors can be assholes and know-it-alls. If they try and cut you off, stand up for yourself and tell them to let you finish. If they refuse to listen to you and your symptoms openly, demand to see another doctor or really tell them they can't know your body better than you do and you expect them to be far more professional. Essentially, I learned it's important to be my own advocate. Stand up for myself, and state my needs firmly and clearly.

As we all heard, I was misdiagnosed with bipolar for years, ending in toxicity and a long-term situation of overdose. Yes, slowly ODing so I got the worst symptoms. Not eating because food made me nauseous and keeping food down was rough. My body feeling stiff and sore constantly, having issues getting out of bed, feeling weak and just generally like I was literally dying. Once I had a break down and was hospitalized, I got a clean diagnostic slate and was sent to a psychiatrist that, though a bit snooty, was able to properly diagnose me, and actually listened more than she said, and answered every single one of my questions and corrected any misinformation.

I have ADHD. It represents in women differently than men. I also have comorbidity: depression. Instead of taking 3 or 4 meds, I am now taking 2 at a once-a-day basis and my life couldn't have been better. In other words, sometimes it takes rock bottom to start your climb to the top.

Tying into my health issues, I was dealing with a store manager at starbucks who was abusive to me since I began working at starbucks. Saying the job was "too much for me." before I even finished the first 1/4th of my training. Telling me that not smiling at a trash can looked like I had bad mental health, and purposefully aggravating my illness upon my return to work trial-basis so she could write me up, despite telling her I needed to slow down. She would deny I did that. I had to call corporate (who did nothing. Reddit is full of stories where starbucks allows baristas to even be physically abused by SMs and SSVs without doing anything. Saying the investigation was inconclusive even if they have video evidence.) And talking to my district manager who said "oh, looks like we should move you." then proceeded to ignore me. After my 1 year dealing with this, and having it take a huge toll, I was ready to lawyer up. And it's when I did say I was going to talk to a lawyer, that they took me seriously.

Does Starbucks like me right now? Probably not. But another lesson in which being my own advocate and standing up for myself was far more important than ass-kissing an abusive employer.

Big lesson I've learned: no matter who it is, don't put your name on a credit card with anyone else being the main cardholder. It should be a no-brainer. But when it's your parents, you typically expect them to be more responsible than yourself.

This was not my experience. I had fully intended upon getting my own credit card to purchase my computer to be able to pay it off quickly. Unfortunately, due to the fact that my mother tend to use the credit card for everything, and as much as I put on, it was what was going out. So as you can imagine, I wasn't making any progress. Fast forward to today, I can't get a credit card because I have a balance I owe. I am no longer on the credit card, and the credit card was canceled. So you can imagine, the frustration is very real. But it has taught me something incredibly valuable.

Only trust yourself with your money. I should have paid off my 3k balance for my computer a long, long time ago now. Instead, but the balance has doubled on that card, and not because of myself.

This one really sucks. Like everyone on here likely knows by now, I was best friends with an awesome person for 12 years. Granted there were times I was pulling all the weight and he wasn't great to me, he wasn't a bad person. It's a catch 22 where a good person can be bad when it comes to someone else. And it took me a while, but I see now we were both toxic to one another. We wanted things to work, and it just didn't. It was disheartening and heartbreaking, and we don't talk anymore.

I've always been bullied, profiled, and an outcast when it came to school. The application process wasn't an exception, where I was racially profiled and was told I'd have to take ESL program on top of my other programs. I'm from the states, but my heritage is middle eastern. They saw my name and made a snap judgment. I had to call them and badger them relentlessly and fight my way up the metaphorical food chain, until the admissions dean said, fuck it, have her do this if she applies again, and waive these fees, plus, let her know she can register for any term after approval.

this process was the most frustrating. This resolution took, and I'm not joking-- 3 years. For 3 years I was fighting to get into university. And now that I'm here, I'm doing good and I'm meeting so many new people and learning so many new things.

Yes, I put it all in spoilers because, well... You can respond to what you feel like as opposed to all of it. xD

But I'm not mad anymore. But I'm learning. I learn every day something new. I have, most of all, learned an enormous amount of patience, and how to really protect myself, and speak up for myself.

I feel like sometimes these things aren't posted about. We often rant about things, but then we don't say anything else. So I wanted to tie up previous updates and rants with a peaceful resolution for everyone. Things happen so that we may grow, and I've done a shit ton of growing. I've learned so much and I am never going to let myself make these mistakes again. And if I do, I am going to make myself eat gluten and suffer for days. xD

Hopefully this wasn't too incoherent. As I speak, I'm trying to find out my status with the credit bureau. Yes, I typed all this up whilst on hold. xD RIP me.

Thanks for being my place to go to with all this guys!
Report
Ping me for fast replies!
Status: offline for errands! be back soon!