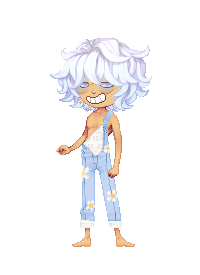 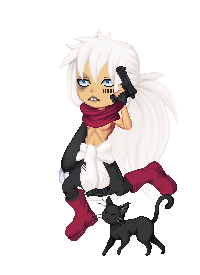 The man never knew how he'd got a hold of a gun. He never knew how he'd managed to blast his way out of that hellish nightmare of a lab into the freedom of nature. Everything was blurred. His memories of that place always were. The only thing he could ever remember clearly was the moment he saw the striking blue sky for the first time, and the scent of grass wafting to his nostrils, and the pain he felt racking throughout his entire body, his right eye half-shut, as if it had swollen slightly.

He roamed the wilderness for a while, knowing nothing but the barcode on his cheek that marked him as an experiment, and the cruel, cold claws that were in the place where his fingers would be if he had ever been a normal person. His right arm was different, he knew that. Or at least, he found out the first time he ever saw civilization - humans outside that place, that weren't wearing white coats. There had been small humans wandering the streets, doing some odd kind of back-and-forth with a round object and yelling in delight.
Some normal-sized humans had seen his arm and looked away. He hadn't thought it was odd, until one of the small humans had come up to him, childishly asking if his arm was a costume. His own startled reply of confusion made the human tug on his arm. Suddenly filled with frightful eyes as the human realised his arm was real, the human yelled and ran. Other humans turned to look at him suspiciously, eyeing the barcode on his face.
He had run. He was scared of being sent back to that place. He wasn't sure how long he ran, but he eventually ended up in a desolate alley. He slumped down against the wall, his eyes watering. Why me? he asked himself bitterly. Why only me?
A sudden rattle of a trash can startled him, making him look up - into the vivid green eyes of a slender cat. He blinked, scared it would see his arm and run or treat him badly like the humans, but to his surprise, it jumped out and rubbed against him, as if it didn't care who he was, what he was... The man felt his eyes water again, but this time, it was because he wasn't alone.